During her more than 20 years at the network, Jen Carfagno has covered all types of extreme weather in the studio on-camera, behind the scenes, and out in the field. She’s been out battling the wind and snow during blizzard warnings, slopping through torrential and flooding rain, sliding in ice storms, and bracing against the wind and rain in landfalling hurricanes.

During that time, Jen was the liaison for the Meteorology Science & Strategy Department to several other business units. She also was the point person for The Weather Channel’s tactical operations with the National Weather Service, the EPA AIRNow program and other related government agencies. Jen developed and led Weather Camps around the country for The Weather Channel and continues to speak to students about a passion of hers – science.

Jen began her career off-camera in the meteorology department, creating on-air graphics, forecasting, and contributing to the modernization of weather warning delivery to your pagers (and then to cell phone in her role in the Science and Strategy Department). She started full-time on-air as the Travel Analyst for First Outlook, and also contributed to the flagship morning shows Your Weather Today, Morning Rush, and Wake Up With Al, and hosted Weekend View.

In her spare time, Jen enjoys running, relaxing at the beach, working in the yard, going to country music shows, trying out the latest exercise trend, or sitting on the sidelines and bleachers cheering on her kids at their athletics. Her favorite weather measurement is dew points as she is often referred to as the “Dewpoint Diva.” Her life-long goal is to help people understand how important they are to everyday life.

Where are you from?
Collegeville, PA (30 mi NW of Philadelphia)
Where did you go to college?
Penn State! (When I first came to TWC as intern in 1997, I joked that it was like Penn State south! a lot of Penn state meteorologists here!)
What’s your favorite season?
Summer (I love the sunshine, the warmth, the beach, the pool, being outside, wearing flip-flops, peaches, watermelon, and all things summer)
How long have you been with The Weather Channel?
I started as an intern in 1997, and then came back full time in June 1998 after I graduated from Penn State.
What’s your favorite weather memory?
So many! I've always been fascinated by the weather. The variety of weather we get in southeastern PA definitely piqued my interest. The Blizzard of 1983 (snowbanks next to shoveled driveway were over my head!), Hurricane Gloria in 1985 (a day off of school for rain!), the blizzard of 1993 - a week off of school - skiing down the roads - not plowed out for days!, An Ice Storm in January 1994 (a few days after winter break, then another week off of school), the F3 Limerick, PA tornado in 1994 - just miles from my house. Plus I remember one particular hail storm - hail big enough to cause damage. My parents were trying to get cars in garage - and I was getting my weather books out to figure out how it was happening.
What is your most memorable/funniest on-camera moment?
Hard to pick one in particular. So many great moments! Most memorable has to be when I first started on-air full-time on The Weather Channel. I worked with the First Outlook on-air team of Kim Perez and Nick Walker. I didn't know what a VO (voice-over) or SOT (sound-on-tape) was... they were so helpful and welcoming!
What would people be surprised to know about you?
I have never tried spaghettios. Maybe no one is surprised - I'm half Italian - only homestyle pasta dinners for me!
What sparked your passion for weather?
The weather is such a topic of conversation. I liked being part of that conversation, and was fascinated about how diverse the weather was. Plus I loved math, and was interested in becoming a pilot. Math is the language of meteorology, and weather so integral to pilots. It just all pointed me in the direction of meteorology.
If you could only have one piece of weather data what would you choose and why?
This is easy. Dewpoints! It's probably the most misunderstood, but incredibly useful piece of weather data to the general public. I see it as the underdog in weather data. Dewpoint can give you an indication of how much moisture is in the air. So if dewpoints are in the 70s, even if I don't know the temperature, I know it will feel humid and sticky. And if dewpoints are in the 20s (or lower), I know the air will have a fresh (dry) feeling to it.
What do you want to say to our fans?
Glad to have this opportunity to say thank you! I'm so proud to put on that The Weather Channel jacket, and really feel like our role is to be a service to the people who watch us. Time is precious, and I'm grateful for the time our viewers spend with us every morning. We try hard to share the weather information that you will find useful and interesting, keep you ahead of the storm and give you some weather fodder for the elevator conversation. Keep your ideas and questions coming - we love that TV has now become nearly a 2-way conversation with social media!

Jen Carfagno around the web 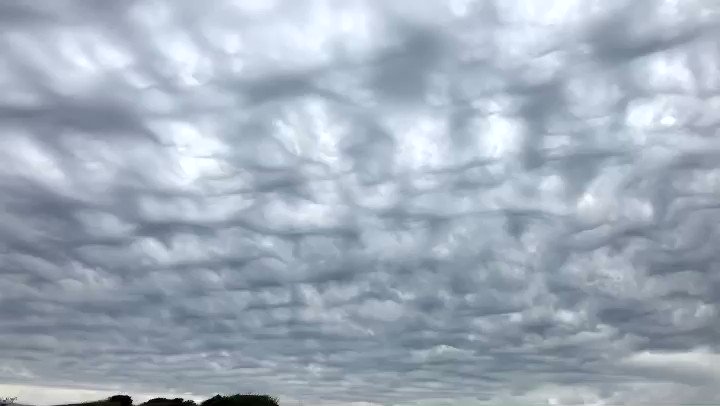