Dr. Greg Postel was born in Philadelphia and raised in Princeton, New Jersey. Like many weather enthusiasts, his fascination with the skies began early in life. But it wasn’t a particular storm that got him hooked. It was the everyday weather. “Wind blowing through the trees captured my imagination from day one, literally. I could waste endless hours watching the anemometer dial in my room, wondering how high it would go, no joke. Afternoon naps on the back porch as an infant may have had everything to do with that.” Perhaps not surprisingly, installing meteorological equipment in his backyard and keeping daily climate records were his favorite childhood hobbies.

Dr. Postel was fortunate to live just down the street from a legendary weather historian. David Ludlum, who founded Weatherwise magazine and served as a lead forecaster for the Allied Forces during World War II, mentored Greg early on. “Not only did he share fascinating stories about great weather events of the past, he also encouraged me to plan ahead for a future in meteorology. He basically told me to get and my Math and Physics down in college, and then go to graduate school. So I did.”

After majoring in mathematics in college, he earned an M.S. and Ph.D. in Atmospheric Sciences from the University of Wisconsin-Madison. There, he studied “pretty much anything I could get my hands on.” When not hitting the books, Greg chased tornadoes and hurricanes, at times traveling thousands of miles for a single storm. “There were a solid 2 decades in there where I logged a ton of miles. But I really learned a lot chasing with experts in the field, beginning with my brief time as an undergraduate at Oklahoma in the late 1980s.”

Dr. Postel’s strong interest in tropical weather led him to a post-doctoral scientist position at Wisconsin, where he studied the development of tropical cyclones from African wave disturbances. A stint in the weather derivatives sector led Greg and his family to Kansas City (a place he also calls, “home”), where he helped direct weather-risk management operations, focusing on weather predictability and forecast uncertainty. And most recently, he was the “Tropical Weather Expert” for the Washington Post’s Capital Weather Gang, and an on-camera meteorologist in Lawrence, Kansas.

Dr. Postel spends most his spare time playing with his family. “Swimming and tennis were my sports as a youth, so I try to get these in as much as time allows. And my involvement with music from early on occasionally leads me to play my drums and guitars as loudly as possible.”

Where are you from?
​Princeton, NJ and Overland Park, KS
Where did you go to college?
I earned my M.S and Ph.D. in Atmospheric Sciences from the University of Wisconsin-Madison.
What's your favorite season?
Summer, especially the most humid part
How long have you been with The Weather Channel?
I started this journey in August 2012.
What's your favorite weather memory?
A few come to mind: walking to class in Wisconsin at 27 below with a 20 mph sustained wind, eating lunch outside with one of my professors when it was 100 with a dew point of 81, and escaping the storm surge of Hurricane Katrina near Pascagoula, MS in my heavily damaged car as winds gusted to 105 mph.
What is your most memorable/funniest on-camera moment?
Aside from having a laughing fit with Cantore one New Year's Eve (I am very prone to those, by the way), there was one time I was talking with Kelly Cass off camera during a particularly intense period of storm-coverage, with no idea I was up next. Suddenly, and to my total surprise, I was on camera with my co-anchors, and just happened to have the right graphics in place and the right story in place ... and somehow fooled everyone that I was totally prepared.
What would people be surprised to know about you?
I am a swimming nerd. I competed through high school, and have followed the sport very closely ever since. Though I'm too old and slow to be any good anymore, I'd consider coaching if this meteorology thing doesn't work out.
What sparked your passion for weather?
It wasn't a particular storm that got me hooked. It was the everyday weather. Wind blowing through the trees captured my imagination from day one, literally. I could waste endless hours watching the anemometer dial in my room, wondering how high it would go, no joke. Afternoon naps on the back porch as an infant may have had everything to do with that.
If you could only have one piece of weather data what would you choose and why?
Satellite pictures. You can uncover so much about the current state of the atmosphere just by looking at them. They represent a window into the inner workings of weather world.
What do you want to say to our fans?
Keep the passion for weather alive and follow it. You NEVER know where it can take you. I am living proof of that.

To Those Who Inspired Our Meteorologists, Thank You
1
The Second Severe Season
0
WATCH: Storm Surge in Your Home
0
Weird Weather Sights
0
Talking Tropics: How Much Energy is in a Hurricane?
1

Greg Postel around the web 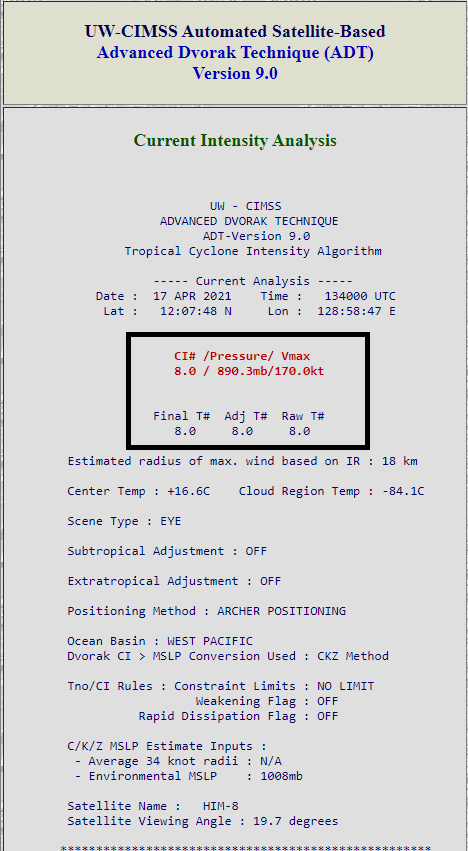