Carl Parker has been a fan of the skies for as long as he can remember. Even as a kid as young as five years old, he was fascinated by storms; he would look out the window for long periods of time, totally engrossed in the show. Parker would turn that childhood passion into a career, as a broadcast meteorologist for nearly three decades. And, self-admittedly, Park is still in awe of the drama and dynamism of a stormy atmosphere.

Parker joined The Weather Channel as an On-Camera Meteorologist (OCM) in 1999, and says it’s been very rewarding. Parker was an OCM for his first 12 years with the network, and then joined the Expert Team in 2011, where he can be found doing in-studio analysis for major weather events. Parker has also been focusing on extreme weather and climate change for several years, and after recently doing graduate work in that area, is now coordinating the network’s climate coverage. According to Parker, this is an issue that is already changing the way that weather works and he wants people to understand how, and also to know that there’s a better way forward.

From 1995 to 1999, Parker was with KPRC-TV in Houston, TX, garnering both personal and professional experience with tropical storms and hurricanes. He covered Hurricane Georges and Opal from the field for KPRC, and would later chase powerful Hurricane Bret on his own.

Prior to Houston, Parker worked for WHTM-TV and WHP-TV in Harrisburg, PA, where he covered the Superstorm of 1993, a freak of nature that clobbered the Eastern seaboard. He began his career in 1991 at WTVA-TV in Tupelo, MS, while working on his B.S. in Geosciences at Mississippi State University. He also has a Graduate Certificate in Climate Adaptation from NC State University, and holds the American Meteorological Society’s Seal of Approval.

Parker was raised in the Washington, D.C. metro area. He currently lives in northwest metro Atlanta with his wife of 17 years and their two children. Parker plays basketball every week, but his primary hobby is music—he’s been a drummer since the mid-80s, and plays electric guitar and bass. He’s also a huge fan of live music, from jazz to go-go to rock and more, and he has seen Rush 32 times.

Where are you from?
I grew up in the Washington, D.C. metro area, which is just a wonderful area. There's so much to see and do in D.C., and I think it's among the most beautiful cities in the country. I'm even more aware of that now but used to take it for granted when I was young. I would do things like go with friends to sit on the back of the Lincoln Memorial and look out over the Potomac at night. I also love the water and really enjoyed being so close to the Chesapeake Bay and the eastern shore of Maryland.
Where did you go to college?
I went to the University of Maryland in College Park, Maryland for several years, and finished up at Mississippi State University, in their Geosciences/Operational Meteorology program. I also began my television career while still in school, doing weekends at WTVA-TV in Tupelo in 1991. I remember seeing wild weather in MS, including funnel clouds and accumulating hail.
What's your favorite season?
I think my favorite season is spring, and for a lot of reasons. Of course you've pretty much had it with cold by the time spring rolls around, and those first warm days are such a treat. It's also a beautiful season, with everything blooming. And I like the verticality in the skies and the volatility of the weather---spring can get pretty noisy in the South!
How long have you been with The Weather Channel?
I've been with The Weather Channel since 1999, and it's been the best gig I've ever had. There are so many talented meteorologists here, with whom you can trade ideas and share your passion for weather.
What's your favorite weather memory?
In August of 1999 I drove to south Texas to intercept Hurricane Bret, a 145-mph storm in the Gulf of Mexico that weakened to a category three as it made landfall. I made it to the tiny town of Falfurrias, and as I got wind readings on my handheld anemometer, I was getting red welts on my arm from the raindrops. I had been in other hurricanes, but I was more squarely in the eyewall this time. The wind was breathtaking, and harrowing, and it helped me to understand what people go through in these storms.
What is your most memorable/funniest on-camera moment?
My most memorable---and most difficult---on-air moment was when an EF-5 tornado struck Tuscaloosa, Alabama on April 27, 2011. Just based on the radar image, both its character and where it was, we knew instantly that something terrible was happening, and we got the reports not long after. That was tough. And it was surreal to see the live shot in Birmingham not long after that, as Jeff Morrow was watching debris fall out of the sky, while the tornado was still 20 miles to his southwest.
What would people be surprised to know about you?
My big hobby is music. I've been a drummer for 30 years, and I have a great little Roland kit that I like to pound on regularly. I also bought a Strat and have been having great fun trying to reproduce Alex Lifeson's work.
What sparked your passion for weather?
I can remember being drawn to storms even as a very young child, wanting to watch them for long periods of time. I have always been drawn to the atmosphere and to this day I love to watch a big storm move in. There can be so much drama in weather, and it can give you a profound feeling of the power of nature, and of there being something larger than yourself.
If you could only have one piece of weather data what would you choose and why?
I'd have to say radar, as it's invaluable for determining the short-term significant weather threat.
What do you want to say to our fans?
If you are the type of person that feels invigorated and alive when you see the power and beauty of the atmosphere, then you'll find company among the meteorologists of The Weather Channel!

Carl Parker around the web 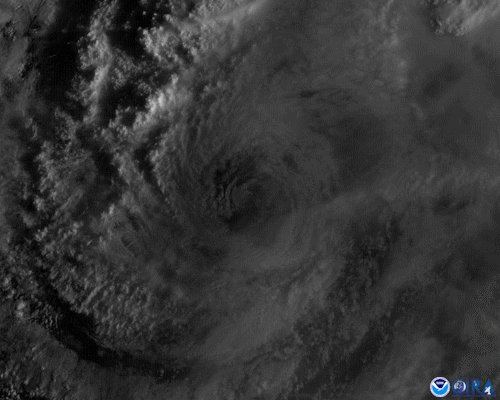